A great way to encourage an interest in books is to expose our kids to movies and to look at the changes made from one media to another.

Children who are very visually dominant might engage with movies more readily than with literature, so watching a movie and then reading the book, or reading a book and then watching the movie, can create an interesting gateway for literacy and discussion.

Talk to your kids about the things that were different. Why were certain changes made from one to the other? Which version did they like best and why? Which spoke to them more directly? Which touched them?

Eager to get started? Here are some great book-to-movie adaptations to get excited about! Take a nostalgic walk with me through some of my favorite book and movie worlds.

Charlie and the Chocolate Factory 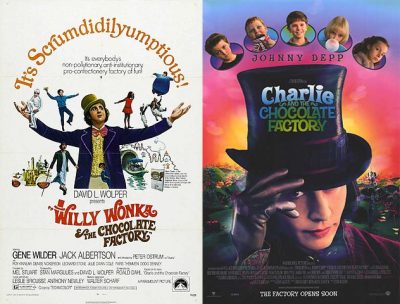 Published in 1964, by British author Roald Dahl, this book has been made into TWO movies, doubling your chances to discuss the details with your kiddos.

The story follows the adventures of young Charlie Bucket and the eccentric chocolatier, Willy Wonka. Both movies are markedly different in look and feel as little Charlie and his companions journey through a magical candy factory and learn valuable life lessons.

The ever charismatic Gene Wilder plays Willy Wonka in the 1971 movie, the same character that wildly wonderful Johnny Depp plays in the 2005 version.

I’ve always felt that the original movie felt a little darker than the more recent version (the boat tunnel scene, anyone?), but both movies are full of magic and the belief that you get what you deserve out of life.

The Chronicles of Narnia 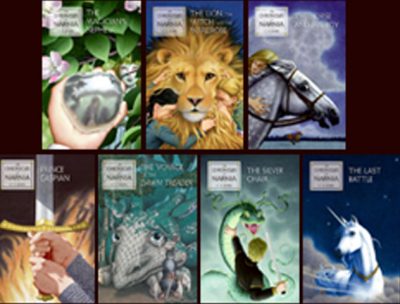 C. S. Lewis’ seven-story fantasy was published between 1950 and 1956 in London, England and has been adapted for radio, stage, TV, and film.

One of my all-time favorites, the Narnia series was my first introduction to fantasy and I’ve been hooked ever since.

The magical land of Narnia has talking beasts and big troubles, and needs to be saved by “Sons of Adam” and “Daughters of Eve” – real children from our world.

Lewis’ books cover the entire history of Narnia and contain strong Christian imagery, although they have been criticized for gender stereotyping females and containing racist elements as well. 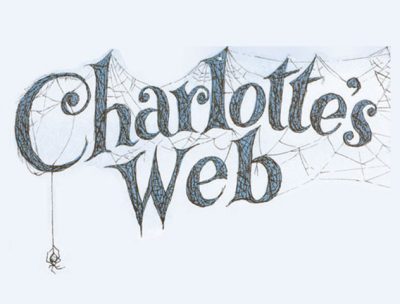 E. B. White’s Charlotte’s Web is a heartwarming, bittersweet story of sacrifice and friendship.

Published in 1952, Charlotte breaks spider stereotypes by being kind, generous, and wise as she helps a little piglet, Wilbur, escape the fate that awaits many farm pigs – becoming bacon.

By spinning phrases into her web, Charlotte brings the farmer’s attention to the special characteristics of the young pig, and, arguably, helps Wilbur develop those very traits. 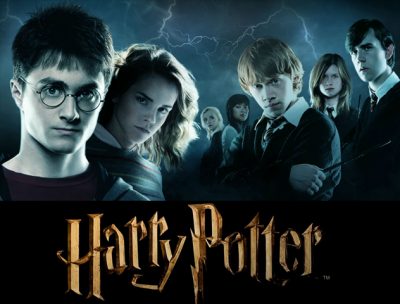 This list would not be complete with the addition of J. K. Rowling’s Harry Potter series.

Created in an alternate Earth, Harry Potter and the Sorcerer’s Stone was first published in 1997 and spans a total of 7 books.

Orphan Harry discovers he’s a wizard when he turns 11 – the same year he discovers that the wizarding world’s greatest evil is out to get him. The series follows his adventures at Hogwarts, School of Witchcraft and Wizardry as he discovers friends, family, who he truly is, and the strength to carry on through all sorts of troubles – both magical and mundane.

The movies, released in 2001, continue to be among my favorites. I watch them at least once a year as well as re-reading the series. Every time I do, I find something new to love and appreciate 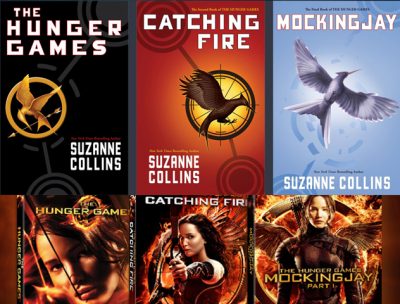 Suzanne Collins’ dystopian, post-apocalyptic YA novels were first published in 2008. Four movies, released beginning in 2012, were beaten only by Harry Potter at their highest point.

The stories follow a young woman named Katniss Everdeen, who finds herself making a huge sacrifice for her sister. In her struggles she fights a brutal government, finding strength and honor and courage within herself. And, while she doesn’t want to be a rebel and a leader, she does what is best for her people, her world, and wins.

The books are rich and exciting, and the movies even more so (who doesn’t love Jennifer Lawrence?). They’re a wild ride suitable for older tweens and teens – younger audiences might be distressed by the fighting.

I hope that you take some time to watch and read some of these wonderful stories. They’re some of my favorites from my childhood and my children’s childhood.

Let us know how you liked them and how your kids liked them!

Have any suggestions for discussion points for any of these? And what other children’s books to movies do you love? Let us know in the comments!